Nawal is a brilliant 12-year-old girl, who has to stop schooling in order to get married to the 65-year-old sheik of her home town. She has been betrothed to him since she was a child, and her mother practically groomed her to be the delectable fifth wife of the sheik. Her bride price will comfortably fund the education of her not so bright brothers, while the rest will be used to cater for the expenses of the family. This is definitely not the type of life Nawal craves; to be married at such a tender age to a man old enough to be her grandfather. But she is just a girl! That inferior being who has no say about her life choices, and who will constantly be seen as a means to an end. 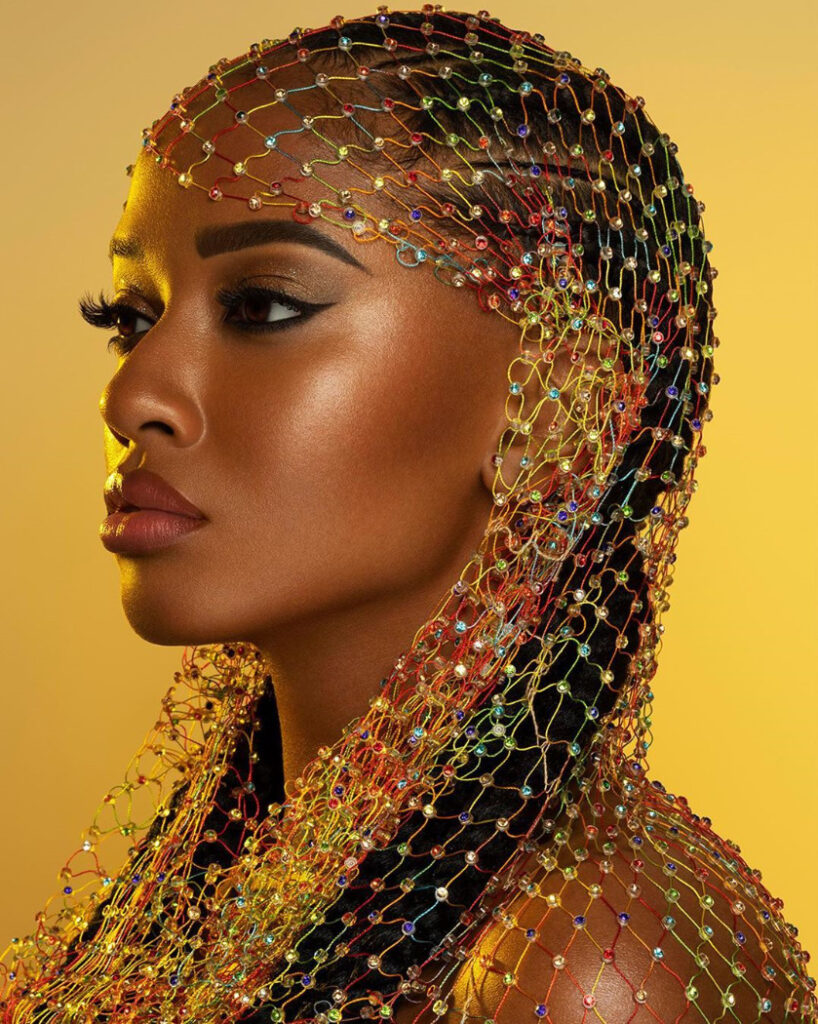 Bukola is a beautiful, smart, and goal-oriented entrepreneur who finds it difficult to have a steady relationship.  Her last partner called her “a log of wood” during the heat of an argument,  and she absolutely couldn’t deny the fact that she is indeed boring in the bedroom. She was circumcised at the tender age of five; Her labia was cut off by her grandmother in order to keep her chaste till she gets married. But several years later this genital mutilation performed on her has greatly disrupted her sexual life.

Dorothy and Michael work in the same tech company. They are both entry-level staff, with the same educational qualifications and years of experience.  However, Michael earns higher than Dorothy for doing the same job.

All these scenarios described above are what women from different parts of the world are experiencing daily. In fact, they do not even scratch the face of what women really experience.  So how exactly can we rid the world of this injustice? It is simply by embracing equality in all its totality, whereby, no gender is superior to the other, which is what Feminism is constantly advocating for. Now, what exactly is feminism?

According to Wikipedia,  Feminism is a range of social movements, political movements,  and ideologies that aim to define, establish, and achieve the political, economic,  personal, and social equality of the sexes. It simply seeks to dismantle inequality in all ramifications.  It is not a movement against men as most people are made to believe.

The feminism movement started essentially to free women from the thorough subjugation and domination of patriarchy. For so many centuries,  women were denied the right to vote. In fact, they could not actively participate in politics.  They were not allowed to own lands and properties, neither were they allowed to go to the university like their male counterparts. The female folks were considered as inferior beings who had nothing to offer, asides cooking, cleaning, and procreating. They could not conduct business transactions without a male figure serving as a representative. They were excluded from decision makings in society because it was automatically assumed that they had a very low sense of reasoning. They could not readily voice out their dreams and aspirations without being constantly reminded of their lowly status in society. They were restricted from most professions because they were basically reserved for the men.

It is not surprising that so many brilliant female writers of that time had to take up male pseudonyms to conceal their genders. Writers like the Bronte sisters, Louisa May Alcott, Karen Blixen, Mary Ann Evans, etc. All discarded their names. The popular author of the Harry Potter series J.K. Rowling whose real name is really Joanne Rowling had to make use of her initials in order to be taken seriously in the literary world, as advised by her publisher.

The fight for equality has been ongoing for so many centuries now, however, it is very saddening to know that in this present dispensation, women are still being discriminated against. Although,  it is essential to note the fact that, with the feminism movement, certain restrictions on the female folks have been removed. Women are now delving into professions that were once reserved strictly for males.  They can now decide to be thoroughly educated even up to the highest level. They can vote now and own properties without seeking a man’s consent etc. All these were next to impossible centuries ago.

This, however, is not to undermine the fact that gender inequality is still very much thriving. Females are still being raped and brutally killed, they are still denied access to quality education in certain countries, they are still being looked down upon at their place of work and they are still generally considered as inferior beings. According to the “Global Gender Gap Report 2018”, the global gender gap will take 108 years to close and economic gender parity will take another 202 years to achieve. This is exactly why the whole world needs to embrace the Feminism ideology.

Misconceptions Most People Have About Feminism

There are so many wrong notions about feminism that have been perpetuated for so long by the media. Most people in this dispensation will readily tell you that the feminism ideology is a man-hating movement aimed at thoroughly subjugating men and dominating the world completely.  I read a meme once, where the writer stated that “Feminism encourages women to leave their husbands, kill their children, practice witchcraft, destroy capitalism and become lesbians” To be honest, I was really amused when I read that, but I just couldn’t help but envisage the anger that rushed through the whole of the writer’s body when he came up with that ridiculous, misogynistic and shallow-minded statement. Now, so many people must have applauded the “brilliance” of the so-called writer and also shared it with uninformed people who do not really understand the whole precept of the feminism ideology, but it is the duty of everyone who claims to be a gender equality advocate, either a man or a woman ( because a man can be a feminist too, ask Barack Obama) to right that wrong.

Feminism as stated earlier aims in establishing equality in all facets. It is all about inclusion and diversity. The feminism ideology understands that asides from the inequality between the sexes, there are also minorities like the LGBTQ+ community that needs to be heard irrespective of their sexual orientation. It also acknowledges women of other ethnic groups whose experiences are far different from what mainstream feminism portrays. For instance, some feminists in the western world are advocating for the freedom of sexual expression,  wherein a woman can decide to have sex with whoever she fancies without being slut-shamed by that action. Meanwhile, in some countries, girls are still being denied access to quality education, for them not to be corrupt. In fact, in the year 2014, more than 300 female students were captured by the terrorist group called “Boko Haram” in Nigeria.

The only crime these young women committed was their quest for quality education because they understand the fact that for a girl child to be taken seriously in the patriarchal society, she has to be educated thoroughly in order to break free from that stereotypical bondage. But their beautiful dreams were shattered and so many of them had to become wives of the same terrorists that captured them. Some girls were rescued after some time,  while the others are still in captivity; under the constant torture and abuse of the terrorists. The two instances described above are very valid, and that is why the feminism ideology will continue to advocate against injustice in all ramifications.

Feminism is all about choice, and it is essential for people to understand the fact that it respects people’s choices in any aspect of their lives. Not all feminists are lesbians, as there are equally heterosexuals, bisexuals, and transgenders propagating the ideology of feminism. A  feminist can decide to be a stay at mum because she wants to be closer to her kids. If this is solely her decision which has not been influenced by what her husband and the society expects from her, then it is very valid. A feminist can decide to retain her maiden name after getting married,  while another will gladly take up her husband’s name. A pro-choice feminist can decide to abort her pregnancy because she is not ready psychologically to raise a child, while a pro-life feminist will carry the child to term. All these simply indicate that feminism does not shove a single narrative down people’s throats. Instead, it educates them about the numerous opportunities they can benefit from, and it is up to them to decide what works best for them whilst navigating through the patriarchal world.

Patriarchy: This is the foremost enemy feminism is against.  It is the social construct wherein men wield more power in the society thereby relegating the females to the background.

Sexism: This is the belief that men are superior to women and as a result of this, men automatically have the power to lead.

Misogyny: This is the prejudice and contempt for women.

Misandry: This is the prejudice and hatred for men.

Victim Blaming: This is a situation whereby a woman who has either been sexually assaulted or abused physically tends to get blamed for the injustice perpetrated against her. This usually occurs when a girl has been raped, and the society asks that lame question of what she was wearing when she got raped, or what a woman said to her husband that made him beat her up thoroughly.  These type of statements/questions always gloss over the real crime committed against women.

Slut-Shaming: These are demeaning insults usually hurled at women for choosing to express and assert their sexuality in whatever way they deem fit. This form of expression is always frowned upon by society.

Gender Pay Gap: This occurs when a man gets a higher salary than a woman for doing the same job.

FGM: Female genital mutilation is the practice that occurs in some African countries. The external female genitalia of the girl child is usually being cut off from her vagina in order to totally reduce her libido and keep her chaste until she gets married.

LGBTQ Community: This is a community made up of lesbians, gays, bisexuals, transgenders, and queer people.

Honor killing: This practice occurs in the middle east. The victim who is usually a female gets murdered for either being raped or going against the societal expectations that have been placed on the female folks in order to retain the dignity of her family.

Me Too Movement: This is the movement against sexual abuse and harassment perpetrated against women. Women are given the platform and encouraged to reveal the identities of their present/past abusers, irrespective of their social status. In conclusion, for everyone in society to be totally free, we need to understand the precept of feminism,  appreciate its ideology, and embrace it in all its glory. That way, society will thrive better.